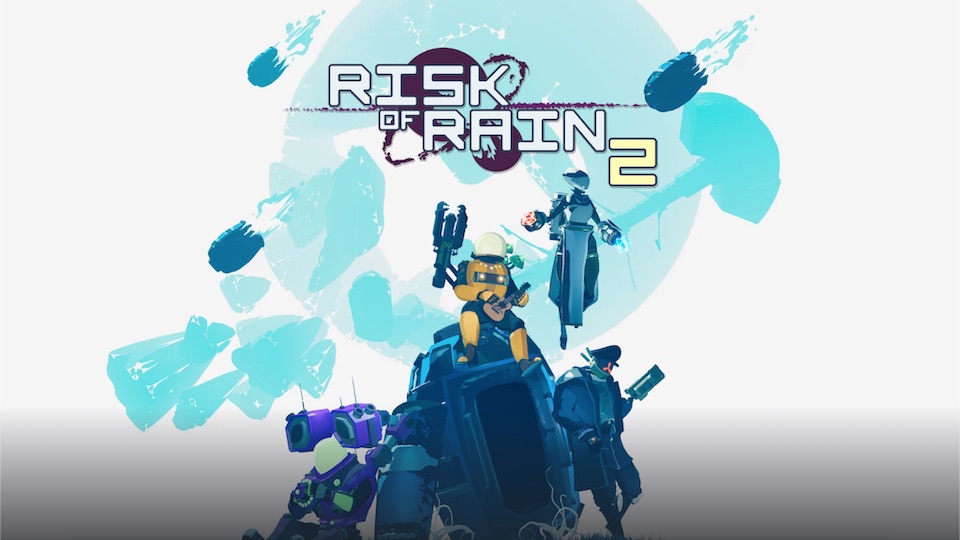 Escape a chaotic alien planet by fighting through hordes of frenzied monsters. Combine loot in surprising ways and master each character until you become the havoc you feared upon your first crash landing. No run will ever be the same.

Sunny with a chance of scattered thunderstorms, they say. The reliability of these weather-folk is as fickle as a green vegan on Thanksgiving, and even if they are right, what harm is there in getting caught out in a little rain?

This rogue-like game consistently gives you the opportunity for measured risk. Sure, I’m not a qualified actuary, but I’m ready to make adrenalin infused life threatening decisions that may result in permanent virtual death – I can always run it back.

Disclaimer — this review is a result of my biased first impression after weathering four hours of torrential gameplay and should be taken lightly.

Risk of Rain 2 is a triumphant example of a modern rogue-like game. Armed with character specific abilities and dependent on an economy of weapon utility, the action starts from the first drop-in as you navigate your character through an alien hostile environment of mystery and danger, seeking escape while facing an endless deluge of enemies. Risk of Rain 2, despite inundating gamers with increasing threat from the onset, provides the means to persevere in rewarding and enjoyable fashion.

Perfect, except for one bug… and its wings. The bug-wings active item when going on cooldown sometimes bugs out and makes your flying character uncontrollable, flying you off into the unknown (un-rendered) oblivion.

Just the right amount of risk.

The story is a bit mysterious, with a singular opening cinematic of the only initial playable character – the Commando. The story evolves and unfolds through data entries in a logbook, found during gameplay, that detail the items, monsters, environments, and characters.

The characters, starting with the Commando, possess their own skills, mobility, durability, and backstory. Of the few that I unlocked, they were each uniquely compelling and enjoyable to play.

The logbook entries for the environments are expensive and rarely found, adding mystery to their unique, alien, and hostile tone.

Lovely. The logbook entries tease out content as they are discovered and encourage the user to seek them during firefights.

Professional, and does its job in complementing the masterful gameplay.

Captures the essence of the game, and fits wonderfully, but also could stand alone. One track is reminiscent of the intro to Stranger Things.

The cell-shaded art style is similar to that of Borderlands, looking good and working in harmony with the gameplay.

The graphics render and handle chaotic and busy battles with numerous animations nicely. While the foreground succeeds, it would be nice if the background rendered a little earlier and with cleaner polish and clarity.

Recommend?
It’s a must for true gamers.

Replay?
Every day until I die if temperance wasn’t a virtue worth pursuing.