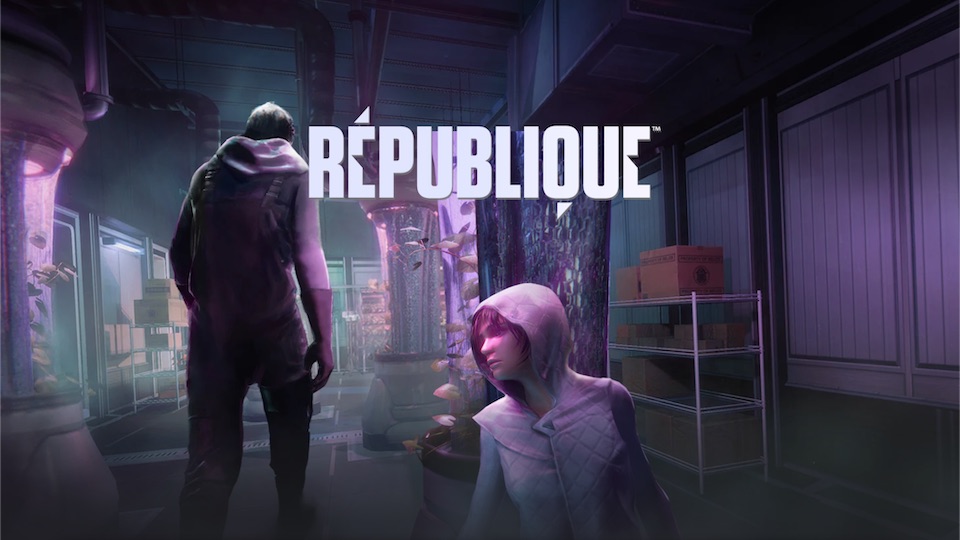 Developed over five years by industry veterans (Metal Gear Solid, Halo, F.E.A.R.), République is a thrilling and topical stealth-action game that explores the perils of government surveillance in the Internet Age. You receive a call from Hope, a woman trapped inside a mysterious totalitarian state. By hacking into the nation’s elaborate surveillance network and taking control, you guide Hope through a web of danger and deception across five thrilling episodes.

Do you ever fantasize the heroic and daring escape from capture? It’s a strange thing to imagine while lying up at night in the comfort of one’s own bed, and stranger still to feel some sense of joy from the musing.

This stealth game gives the keys to such a reverie. I look forward to vicariously living it out securely from my chair, grateful further that the guards possess the AI of a lonely goldfish.

Disclaimer — this review is a result of my biased first impression after fumbling four hours of fickle gameplay and should be taken lightly.

République is a stealth genre game built around the growing fears of technological oppression, over-surveillance, and invasion of privacy. The game employs slowly building and sometimes frustrating game mechanics to simultaneously hack surveillance and navigate the heroine, Hope, through the unveiling story of escape from a dystopian authority. République, despite telling an engaging story and touting veteran production, disappointingly falls short of hopeful expectations.

Slowly forms into a fun playable stealth game, but never fully overcomes some of the clunky controls.

The most frustrating aspect of the game. Controlling the main character is like training a puppy to heel.

I wish the game did a better job of teaching the gameplay mechanics and controls. I spent the better half of the first hour fumbling around like a modern day Jets Quarterback.

Eventually the puppy grows up and the quarterback is traded to a strong organization like New England. That is to say the gameplay settles down, thanks in part to the story, and becomes a fairly enjoyable stealth game.

The best part of the game, and quite compelling. Some poorly designed gameplay mechanics break immersion, which is a shame.

Much of the backstory and character development is quite enthralling, but the NPC guards are so brain dead useless it’s sometimes hard to stay engaged.

The setting feels like what a government funded orphanage would look like on the inside. It plays nicely and is fun to stealth around through.

The main reason I intend to finish the game. The story builds nicely, through the perspective of a handful of characters, and uses a lot of clever in game items (e.g. banned books) to progress it along.

There is wisdom in heeding the phrase “under promise and over deliver”. This game markets on Stadia as Developed over five years by industry veterans (Metal Gear Solid, Halo, F.E.A.R.) which sets high expectations. I reckon that it over promises, and under delivers.

It fits the stealthy vibe of sneaking through an oppressive dystopian regime.

Beautiful art paired with a compelling story can do so much for a game’s success. This game only fulfills half of that formula.

The close up of the main characters face in the opening cinematic looks good, but the graphics quickly fall off from there.

Recommend?
For those who enjoy stealth games with a solid story.

Replay?
I intend to finish the game.

Joy?
Yes, despite my first impressions. The game is a bit of an acquired taste.