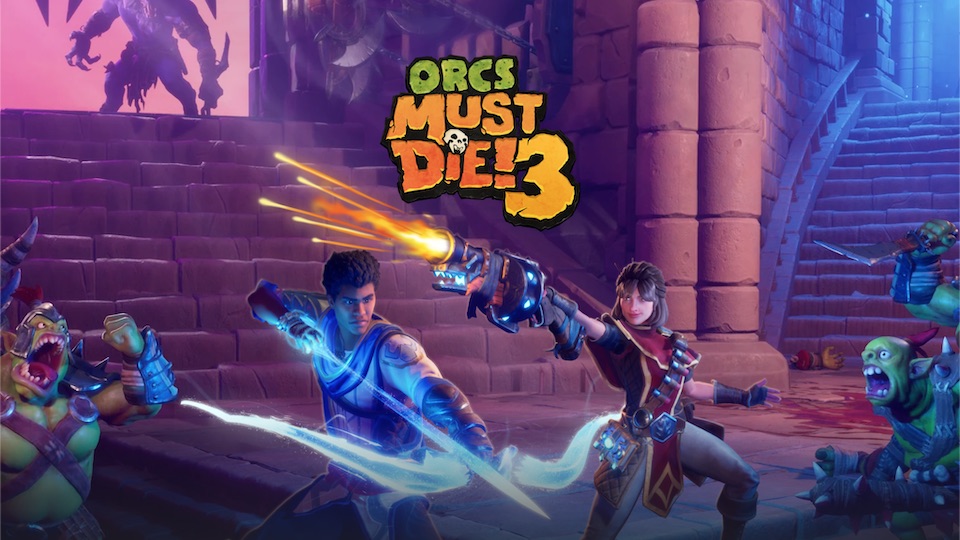 Orcs Must Die! 3 ushers orc-slaying mayhem to a previously unimaginable scale. All new War Scenarios pit players and their friends against the largest orc armies ever assembled. War Machines give players the essential firepower to heave, stab, carbonize, and disarticulate the abominable intruders. Orcs Must Die! 3 is the long-awaited successor to the award-winning series.

Why must Orcs and Humans continue to war? Is it the result of unjust judgement, and the consequential retaliation, of the seemingly grotesque, as so eloquently imagined in Shelley’s Frankenstein?

This jocular title makes a strong statement in that regard, and one of death! Surely it is hyperbole, yet I must blindly heed and follow the imperative, for I am a human, and this is the way.

Disclaimer — this review is a result of my biased first impression after posting four hours of dutiful gameplay and should be taken lightly.

Orcs Must Die! 3 is an incredibly fun addition to an already successful series. Built on the basis of the tower-defense genre, with the inclusion of third person combat via a user controlled hero, the game’s addicting and polished gameplay progresses wonderfully – wave after wave – as orcs crash towards the base through a tactically and feverishly staged defense. Orcs Must Die! 3 exceeds expectations, and its pleasantly surpassing gameplay will bring many back for battles to come.

Contributes to polished gameplay, no complaints.

Great balance and progression, with an unlockable hardest difficulty mode for the hardcore orc slayers.

Loads of it – from weapons, traps, and trinkets to loadouts, levels, and characters. More individual character progression would be a welcome addition.

Silly and a bit pedestrian. However it helps move the gameplay along without getting in the way.

The voice acting is familiar, and the character scripts are loaded with jokes and sarcasm.

The levels are well designed and the sieges are a nice touch, but they focus gameplay over story.

Polished gameplay should always be applauded. The rest just ticks the boxes and aids the experience. There are a few forgivable multiplayer bugs.

“The music slaps.” – quoted from the youth.

Recommend?
Absolutely. Such a good time.

Joy?
More than I anticipated.