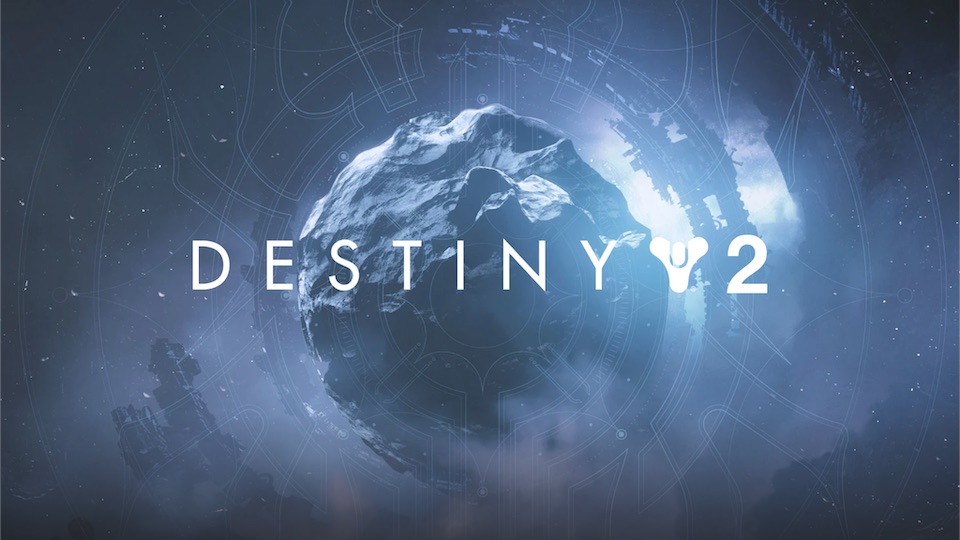 Dive into the world of Destiny 2 to explore the mysteries of the solar system and experience responsive first-person shooter combat. You are a Guardian, defender of the Last City of humanity in a solar system under siege by infamous villains. Look to the stars and stand against the darkness. Your legend begins now. Choose from the armored Titan, mystic Warlock, or swift Hunter. Play with or against your friends and other Guardians in various PvE and PvP game modes. Thousands of weapons, millions of options. Discover new gear combinations and define your own personal style. The hunt for the perfect arsenal begins.

Oh, Bungie! You already won my devotion with your rapturous Gregorion chant. In covenant, I, and many pubescent schoolboys alike, seeking divine acoustics, would flood to a gymnasium bathroom to nostalgically incant Master Chief’s entrance.

This wonderfully familiar title, as the crown prince, follows confidently in the footsteps of its predecessor. As a lowly scribe, I can only hope the court of His Majesty will deign a response to the ardour and praise that follows.

Disclaimer — this review is a result of my biased first impression after enjoying four hours of enchanted gameplay and should be taken lightly.

Destiny 2 is unquestionably a Triple-A game, produced with the highest quality of music, art, graphics, and gameplay; it triumphs where it must. Polished mechanics nail the union of the FPS and RPG genres, set within an engaging story of considerable scope, of familiar but unique IP, of lore influenced by Halo – one of the most successful franchises ever made. Destiny 2 may not include the perfect entrance of our beloved hero Master Chief, but it borrows just enough to feel consistent while remaining unique.

Can’t be taught; can only be discovered.

Familiar, intuitive, clean, and rewarding. Almost perfect. My fingers occasionally overrode my brain and threw a grenade instead of a punch.

Love the range of difficulty amongst the mobs. Weapon power often outmatched the top enemies I faced, including bosses. In a four-hour session packed with combat, I only died a total of six times, thrice to enemies, and thrice to accidents – jet packed off a ledge into the abyss; launched a rocket right in front of my face; walked into a wall of electricity. I did, however, only got through the opening mission, so I guess that fits.

From weapons to gear to levels to triumphs, I wonder if there is an end? When the Sun fades and the Earth no longer exists, we may still progress in Destiny 2.

I would happily sit down on the couch and watch this game as a movie.

Your character seems to lack backstory compared to the others you meet. I get the feeling, however, that this is only the beginning of some piercing self-discovery.

Words fall short. Behold the landscapes, the cities, the worlds, the solar system.

It can be difficult to measure progression when you don’t know the distance and can’t see the end. So it’s qualitatively discerned. Travel for a while, make transformative progress, and yet feel like you’ve barely moved. Like life, I suppose it deserves high marks.

A masterpiece. Couldn’t have been cheap, which slightly justifies the lame real money store and purchasable season pass.

Replay?
If it wasn’t for the Stadia Advent, I would likely play this game through the month of December.

Joy?
To the world.