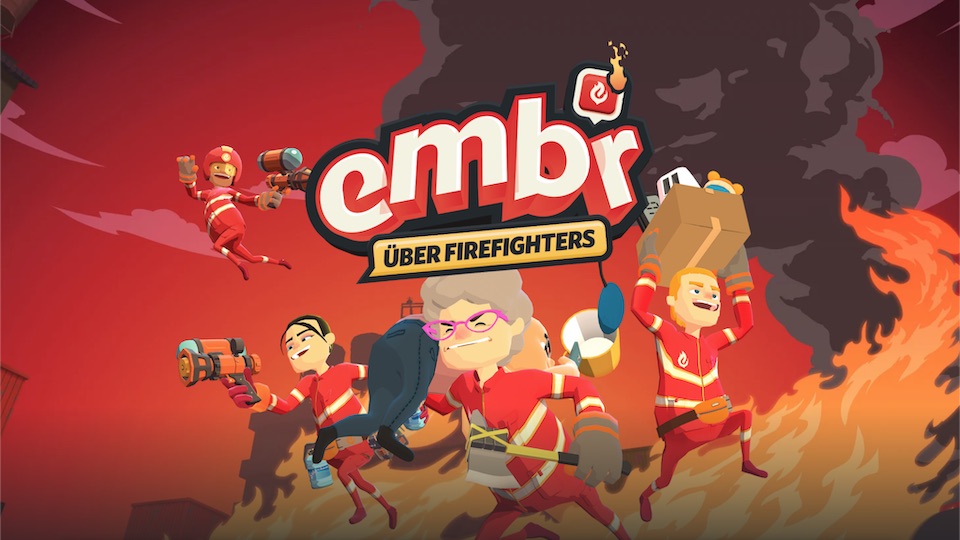 Join Embr, THE Emergency Services Revolution, and become an Embr Respondr™ today! Fight fires and save lives while climbing the ladder of success, all within the comfort of flexible working hours. Embr’s mission is simple; bring über firefighting to everyone, everywhere. As an Embr Respondr™️ you’ll answer clients' calls for help, and bring firefighting directly to their door! Break down doors, clear gas leaks and put out fires - no job is too much for an Embr Respondr™️.

When I was young I never wanted to be a firefighter. I thought firefighters were cool, but the profession never called to me and so it remained the job for the strong kids who would have beat me up if not for my sharp tongue spitting fire (or more likely because they were good honest youths!?).

This fun game extinguishes my predisposition towards fighting fires, lightening an otherwise grave circumstance. Thank you and God bless to the brave men and women who work in emergency services, and in particular those who fight fires.

Disclaimer — this review is a result of my biased first impression after quenching four hours of lit gameplay and should be taken lightly.

Embr is a promising game, imaginatively simulating the career of firefighters with playful game mechanics, silly character commentary, and casual objectives – a clever juxtaposition when set within the chaos of conflagration. The gameplay parallels that of Overcooked, where the clock is the greatest enemy and laughter is both inevitable and contagious. Embr is only available as early-access, and despite some forgivable hiccups the overall experience positively rekindles a child-like spark of admiration to an otherwise serious profession.

They just work. Familiar and intuitive. Polish would be nice within the game engine (i.e. physics collisions) to help smooth out some of the movements and interactions.

Quite impressed with the balance. At first the game felt too easy, but at the same time I was never able to perfectly execute a rescue mission. Then the difficulty got hard right when it needed to, forcing me to strategize and work for my wins.

It’s there within the difficulty, and consequently within the different missions themselves. Customizable character loadouts add to the progression as mission payouts are subsequently spent on future challenge.

Funny, and rescued by a Canadian.

It’s the Canadian CEO of the rival company who steals the show. Besides that, the NPC “clients” are comically unintelligent and, if they are not dazed or dead, either stare at their phone, endlessly use the toilet, or exist in a state of useless panic. Their post rescue mission commentary is often funny, and it fits the game well. However, player customization almost entirely contributes to gameplay rather than story and the default characters are meh at best.

The levels – from cozy homes to city high risers – are actually quite clever. Also the world map is a vertical mirror-flip of Manhattan, which is kind of fun.

I suppose the whole point of a career is progression, but again the story just misses with the main character. The rival Canadian company carries this category, as it does much of the story.

A work in progress.

It’s cute, cozy, cartoony and does not detract.

Cartoony, but nothing special. Could use a more professional touch.

Needs improvement. Some animations, for example cutting down a door with an axe, just look incorrect. Polish, polish, polish.

Recommend?
As a party game for good ol' friend-n-family-fun.

Replay?
Likely, I have a few friends and a family!

Joy?
Of the casual and comforting variety.