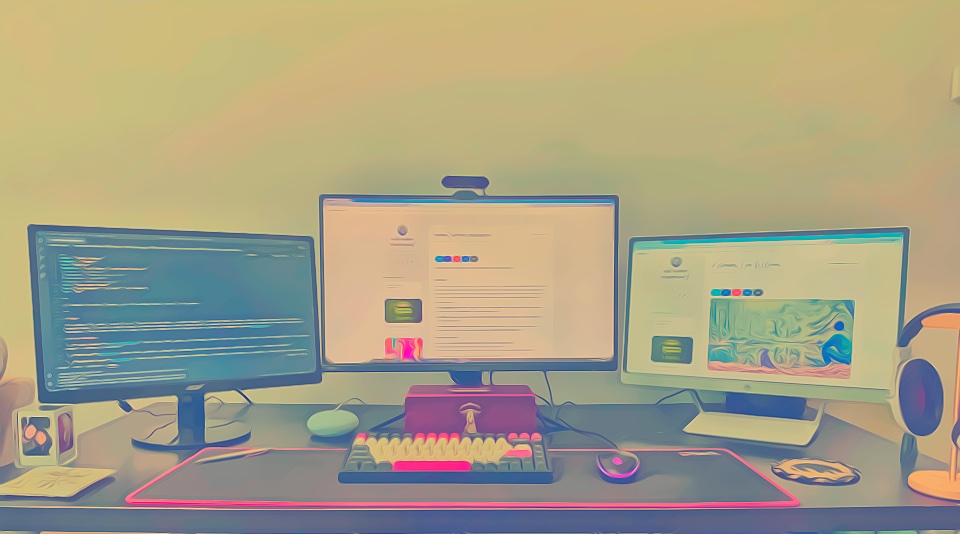 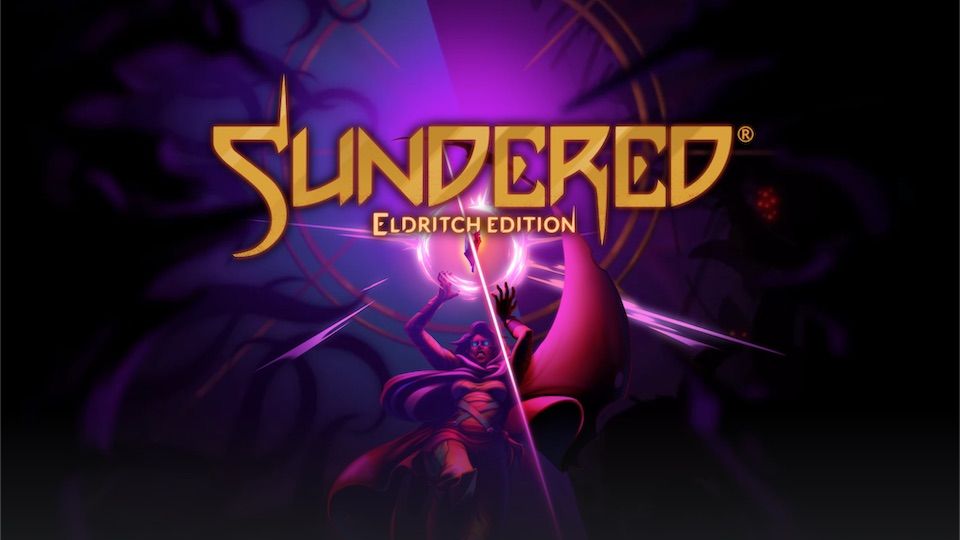 Sundered is a chaotic hand­-drawn metroidvania where you resist or embrace ancient eldritch powers. Confront hordes of terrifying enemies in an ever-changing world inspired by the works of H.P. Lovecraft. Sundered is a challenging and unique take on a classic genre from the creators of Jotun, now with local co-op! You play Eshe, a wanderer in a ruined world, trapped in ever-­changing caverns filled with hordes of terrifying enemies. Harness the power of corrupted relics to defeat gigantic bosses, at the cost of your humanity. Resist or embrace.

Is there anything more compelling and defining than that of binary choice of good or evil? Choice, one of the most fundamental characteristics of the human spirit, seems as unavoidable as the inertia that both feeds and needs it.

This dark brooding game thrives off of the compulsion to either embrace or resist a corrupting power. Thankfully, through the magic of gaming familiar to time travelers, I will try both choices, as I please.

Disclaimer — this review is a result of my biased first impression after submitting four hours of mysterious gameplay and should be taken lightly.

Sundered is a categorically metroidvanian game composed of uniquely compelling art and story. Presented an illustrious tone of mystery, corruption, and wonder, Eshe, our forlorn hero, compelled by the unforgiving source that guides and engulfs her, must persistently seek ability and skill shards to equip her against innumerable mobs and bosses, all the while unfolding dark secrets upon such encounters, and ultimately posing her the timeless decision to resist or embrace an eldritch power. Sundered, undaunted by spiritual darkness, treads into such tones offering an engaging experience of interwoven story and gameplay.

Generally feel fluid and intuitive. A few complaints – corner jumps and sticky keys. The former are frustrating, as they turn the character 180 degrees against the current direction of intention, and should be distinguished from wall jumps and possibly remedied with ledge grabs. The latter complaint, of sticky keys, is a windows only issue, and is easily fixable by disabling them in windows settings or by remapping the shift key in game. But wow, windowsMechanics fed some embarrassing caboMechanics, and led to a handful of avoidable deaths.

With exception to a steep learning curve of repetition by trial and error (a.k.a. death), the difficulty has a nice feel to it. It’s just a shame that the difficulty curve flattens from passive power gains through grinding shards more than from player skill.

The ability progression, particularly the decision to resist or embrace an eldritch power, is a lovely touch. The abilities are complemented by ability gates for progressing through the world, and after the initial learning curve the gameplay progression feels really solid. There is also potential for deep replayability thanks to a skill tree and perk charms that provide a lot of player-choice.

Eshe, the player controlled protagonist, has little to no backstory, establishing a mysterious feeling of being lost, trapped, and desperate. Alternatively, Trapezohdron, the narrator in control, is characterized by a sinister “guiding” voice, and does well to claim possession and inspire submission – helper, antagonist, or both?

Set wonderfully by the art, it creates a mysterious tone and compels the progression through discovery. Docking points here because, well I’m a map guy, and the map is a let down.

The game does a wonderful job teasing out story through in game progression. From enemy bosses, mysterious rooms, learned abilities, and even upon death, story growth often occurs upon such encounters. But for some reason I struggled with the immersion.

Polished with an artistic attention to thematic detail.

Wonderfully thematic; dark and brooding. Turns up for intense battles.

Powerfully establishes the setting. The use of color and detail depict an expertly articulated atmosphere worthy of the game’s highest honor. Unfortunately the artwork does not spill into the map design.

Quite polished, and carried by the artwork. Animations look great but foreground assets are a bit dull particularly set in direct contrast to the illustrious background.

Recommend?
It’s worth a go or two.

Replay?
If I play through twice I can both embrace and resist! Big wrinkly brain.

Joy?
In moments, and in hindsight. Frustrations are mostly a personal problem.